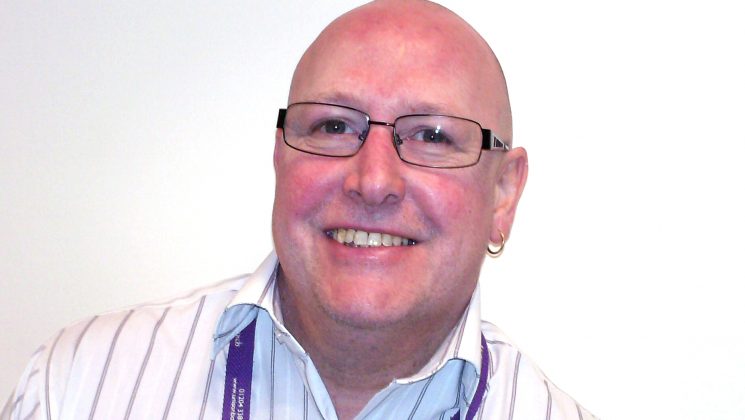 Tributes have been paid to Graham Walmsley, UNISON
Bolton Branch Chair, ‘one of the best’, who has suddenly passed away.

Popular UNISON Bolton Branch
Chair, Bolton College Convenor,
comrade and friend, Graham
Walmsley, suddenly passed away at
the beginning of June after collapsing
at his home, leaving activists in the
branch completely shocked and
devastated.

He was part of a formidable team at
Bolton College and Bolton University
with stewards Rachel Web, Nicki
Ainsworth and Becky Davidson who
said: “You were my mentor and guide,
helping so many people, with a wealth
of knowledge. You leave a void in my
life…”.

Graham was a genuine, lovely man,
very dependable, a loyal trade unionist
and a dutiful Bolton UNISON Branch
Chair. He was the branch’s most senior
activist at Bolton College and Bolton
University, as well as having held
various elected positions in the FE and
HE Sector regionally and nationally.
Graham’s membership in UNISON
commenced via the merger of Nalgo,
NUPE and CoHSE in 1993, and he had
since represented Bolton UNISON as a
delegate to Bolton Trades Council and
to various conferences, often speaking
on behalf of our members on pay,
service conditions and pensions.

He was due to attend UNISON
National Conference as part of the
branch’s delegation, and Jayne Clarke,
Assistant Branch Secretary, added “My
Conference buddy! We’d burn the oil
both ends, those speeches don’t write
themselves!”

Andrea Egan, Branch Secretary,
added in tribute…“A Chair’s role is
challenging, you have to get the
balance of keeping everyone in order
and everyone happy! You did it with
such ease. You will be so deeply
missed. Our hearts are truly broken.
Comrade your shift is over. Rest in
peace.”

Graham was also known for his love of
Pink Floyd, Led Zeppelin and Bolton
Wanderers, while also coaching his
daughter Leanne’s football team. He
passed away with his wife Steph, with
whom he had recently celebrated 38
years together, and Leanne by his
side.

They agreed to allow activists and
members with the branch banner to
line the route to his final resting place.
“A life cut short in his prime” said
former Branch Secretary, Bernie
Gallagher “Our movement has lost one
of the best…”

A go fund me page has been set up in Graham’s memory:

You can read tributes to Graham in the Bolton News and Manchester Evening News.