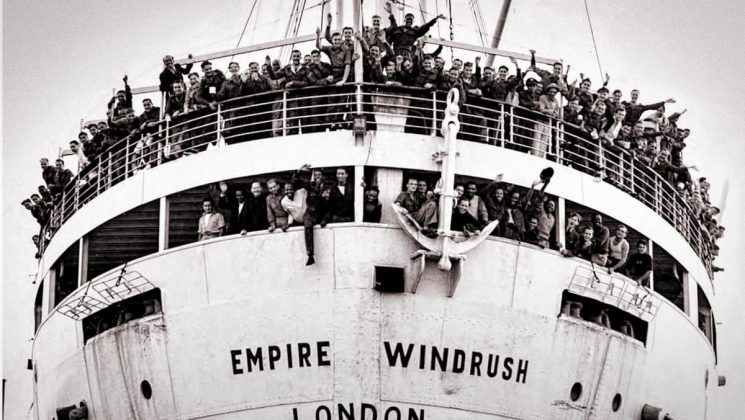 The recently formed Bolton Black History Group are urging everyone wanting to join in the celebrations in honour of the Windrush generation and their descendants for their contribution to the diversity of British cultural history to join them online via Zoom between 1.00pm – 4.00pm on Saturday 26th June for the Greater Manchester Caribbean & African Health Network #CAHN #annual #Windrush #Celebration. This year’s theme is “Windrush: our shared heritage, culture and history!”. The event according to the organisers, will allow those taking part to experience “…the diverse nature of our history through songs, food, clothes, art, performances, poems and interviews”.

The Bolton group are hopeful that by next year they themselves might be able to help organise an open air celebration of some kind in Bolton on Windrush Day, and are appealing to anyone with ideas and wanting to get involved in such event to contact: marlene.stringfell@gmail.com.

Locals interested in learning more about Black history across the globe are also invited to join the Bolton Black History Group on Facebook. The group are wanting to organise a series of diverse events locally throughout Black History Month in October to showcase the contribution of Black people to our shared human culture and heritage.

NOTES TO EDITORS: The Windrush Compensation Scheme was set up in 2019 following the Windrush scandal, which broke in 2018 when it emerged that despite living and working in the UK for decades – having been invited to the UK from Caribbean countries between 1948 and 1971 – many of the “Windrush generation” and their family members, including children and grandchildren, were told that they were illegally living in the UK and were wrongly detained, deported and denied legal rights. Under the scheme those affected by the Windrush scandal can apply for compensation for the significant detrimental impact it’s had on their lives. Many had lost homes and jobs, as well as being denied access to healthcare and benefits. In December of last year, the government overhauled the scheme, raising the minimum amount of compensation for victims to £10,000 compensation.

Two years on from its launch, only 1,996 claims have been made under the scheme. The government estimates that more than 12,000 individuals are eligible, so this represents at most 17% with 83% yet to make an application. The value of all payments made through the scheme, however, is only a fraction of the estimated £500 million total expected to be paid out under the scheme. The scheme was due to close to claims in April 2021, but on 6 February 2020, the Home Office announced that they were extending the duration of the scheme by two years.

As highlighted in the Windrush Lessons Learned Independent Review, however, not only is there a lack of awareness of the scheme resulting in the low numbers of applications but there are also serious concerns surrounding the lack of legal support available for the applicants, exacerbated by the fact that legal fees can only be claimed for some applications.

As a consequence of the above, and in the spirit of Windrush Day celebrations and a justice befitting of it  Bolton Black History Group would like to encourage all those who may potentially have a claim for compensation under the scheme who have not yet done so, to go to https://www.gov.uk/apply-windrush-compensation-scheme and apply.

You can apply if:

You can also apply if you are:

The Government’s ‘Windrush Help Team’ at https://windrush.campaign.gov.uk offer help to apply to the Windrush Scheme and claim compensation.

The Citizens’s Advice Bureau also offer help to anyone wanting to apply for compensation under the scheme. This service is available to people living in the UK, and those who are overseas, once they’ve called the government’s Windrush Helpline.

Alternatively, potential applicants might want to consider a new initiative by The Joint Council for the Welfare of Immigrants (JCWI) which has been established to assist individuals affected by the Windrush scandal in submitting their applications, assessing the resulting decision and appealing it if necessary.  The initiative is supported by eight leading law firms: Bryan Cave Leighton Paisner, Charles Russell Speechlys, Debevoise & Plimpton, Dechert, Latham & Watkins, Linklaters, Taylor Wessing and White & Case.

For more information on the initiative or for referrals please contact Nicola Burgess – nicola.burgess@jcwi.org.uk