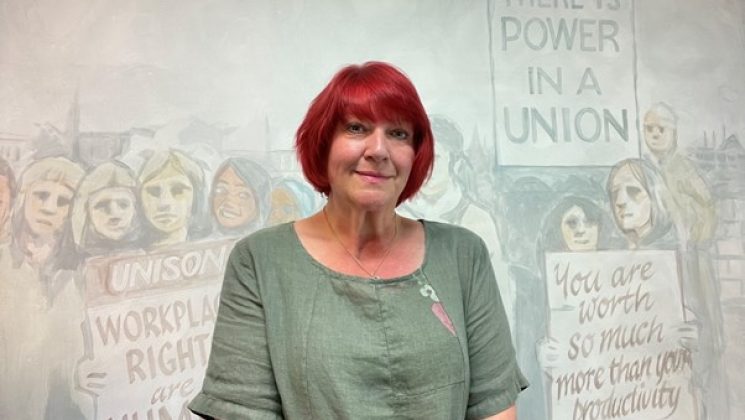 At virtual meeting of UNISON’s new national executive council (NEC), a new presidential team was chosen. Paul Holmes was elected president, while Andrea Egan and Kath Owen were elected as Senior and Junior Vice Presidents respectively. The union’s previous presidential team had collectively served a much longer term than usual due to the COVID pandemic.

Andrea said “It’s an absolute privilege to have been elected as Senior Vice President, but I am aware that it is a huge responsibility too. Public service workers face the daily challenges of providing vital services during a pandemic after years of spending cuts and pay freezes. I would very much like to thank everyone who has supported me, now it is about how we can move forward collectively as a member led union”.

Bernadette Gallagher, former Bolton UNISON Branch Secretary added, “I was absolutely delighted at the news that UNISON’s 2021/22 presidential team will consist of two of my very good friends, Andrea Egan from Bolton and Paul Holmes from Kirklees. Together with Kath Owen from Leeds, they will make a formidable Northern team. Congratulations to them all”.