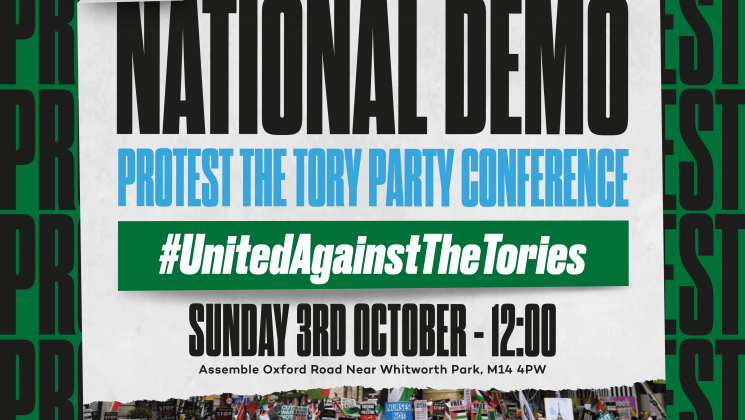 The People’s Assembly is co-ordinating a series of activist events in Manchester 2nd-5th October based around their key demands for a fairer society, and to protest the Tory party conference. Events will be centered around the Festival of Resistance in Piccadilly Gardens including:

and a demonstration though Central Manchester on Sunday 3rd October.

FULL DETAILS OF ALL EVENTS HERE

UNISON Bolton will be running a coach from Bolton Town Centre to the demo – for details about how to book on, please see below. 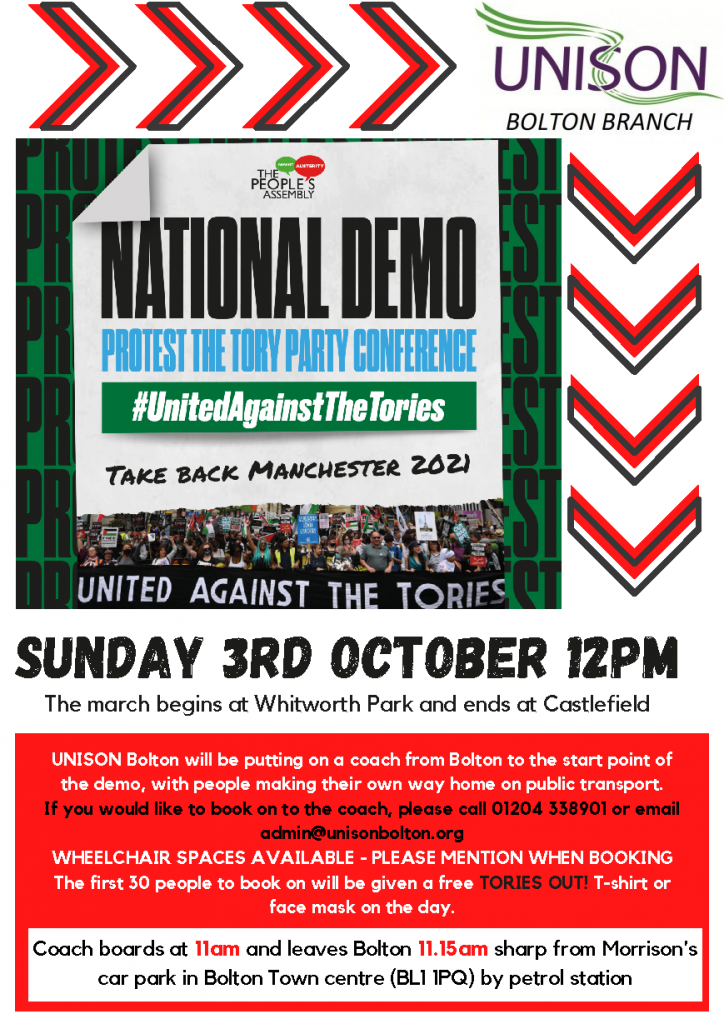 “The Tories do not work for ordinary people, they work for the profits of the wealthy 1%. We’re a rich country and so we can have affordable housing, jobs, fully funded public services, schools and NHS.

Our strength is in our numbers and our organisation. So let’s unite against the Tories when they’re in Manchester for their annual conference. Let’s protest their corruption, cronyism and exploitation and come together to fight for social, economic, environmental, and international justice.” 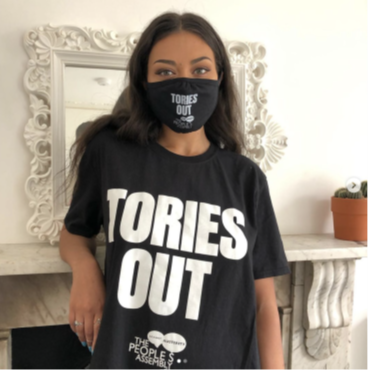