11 things you need to know about council and school pay 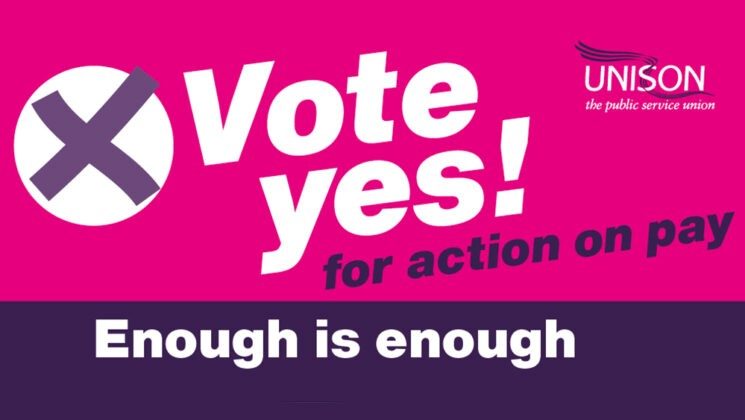 If you work in a council or school, your voting papers will be mailed to you in December, with a freepost envelope

Local government members working in councils and schools are balloting for strike action. But why? What has happened? And what’s next? Here is everything you need to know about council and school pay:

1 People working in councils and schools have been offered a 1.75% pay rise. Or 2.75% if they are on the lowest pay point.

2 Inflation is expected to average over 3% for 2021 – and RPI (rate of inflation) is currently running at 4.8%. That means that in real terms this offer is really a pay cut.

3 Over the last year, some costs have risen significantly – even higher than inflation:

4 The value of local government pay is now 25% lower than it was in 2010. Year after year, it’s been chipped away. That means, in effect, local government workers work at least a day a week for free, compared to 2010.

6 68% of those working in local government are women.

7 From December 1 to January 14, UNISON is balloting its local government members, asking if they are willing to go on strike to improve their pay.

9 They work in 40,000 workplaces across England, Wales and Northern Ireland.

10 This would be the first local government pay strike since 2014.

11 79% of members who voted in the first indicative ballot voted to reject the pay offer and move to ballot for strike.

Find out more on the campaign hub here

If you work in a council or school, you’ll receive an important letter and your voting papers through the post from 1 December. Keep your eyes peeled! Every member must return their vote in the free post envelope by 14 January. Your vote is vital.

Time For Action on Climate Change!
#VoteYes for a proper pay rise!